So it’s been quite awhile since I’ve been able to finish one of these little guys but this one finally made it to completion.

A tiny 5” tall, this fairy sculpture is made from polymer clay over wire, acrylic paint, feathers, fantasy film and just a bit of glitter.

Some think just one speck of glitter is too much,
but others think there's never enough. 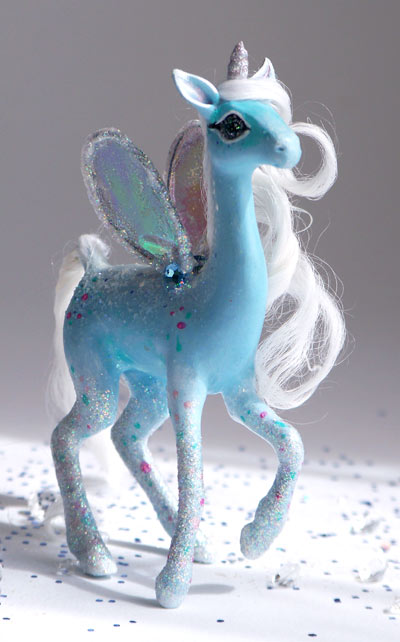 Next up from the mountain of unfinished work that is slowly being worked through is this tiny unicorn sculpture. If you follow my instagram you might have seen some progress pictures of this one last year. I've named it Sparkle the unicorn for reasons that are probably obvious. There is quite a bit of glitter used on this one.

This little unicorn is sculpted from polymer clay and has alpaca hair. It is available on etsy at the time of my writing.